I started getting texts Friday from co-workers. Each one telling me they were being laid off. That's when my phone rang and I got the bad news. The supervisor on the other end of the line was actually quite kind and then started reading a prepared statement. I asked a few pretty stupid questions and from what I could surmise, this wasn't so much a layoff, it was the end of my time with the company.

For the the first time since 1972 (when I was 12), I was unemployed. I was just finishing a post about seed companies being overrun with orders in response to the coronavirus when I got that call. It was thrilling to be ahead of the curve, writing that story; covering the biggest news in years from a gardening perspective. It was just after the final quotes were emailed to me from around the country that I took that call.

I walked out the kitchen door and yelled up to my wife, who was walking the dogs, "I just got laid off." She was more upset than I was, as she knew I just worked about a month straight preparing and appearing at the Duquesne Light Home and Garden Show for the company. Sometimes when these things happen, you second guess yourself for working like that, but it needed to be done.

As I sat in front of my laptop jobless, I put the finishing touches to the seed post, adding photos, and hit the button putting it out on the web.

I don't know what I'd do without my wife and also the garden. Both offered solice during the first few hours, trying to figure out what was next. I walked the trails through the forest with a beer in one hand and my chin in the other, pondering the future.

For now there are some constants. I'll appear every week on Sundays at 7 a.m. for The Organic Gardener Radio Show on KDKA 1020AM. You can listen to it anytime here. I'll still appear on KDKA-TV's Pittsburgh Today Live on certain Fridays. I'll be posting videos, stories, columns photos here and at my Facebook, Twitter and Instagram sites.

I love telling these stories of gardeners and their love of being in the dirt. I'll continue to do so because it's just what I do.

Lastly thanks to all of you for your support during the first days of this life changing experience, and remember, gardening is fun. No matter what happens in our world, the daffodils emerge each spring.

Here's a video of my first day jobless. 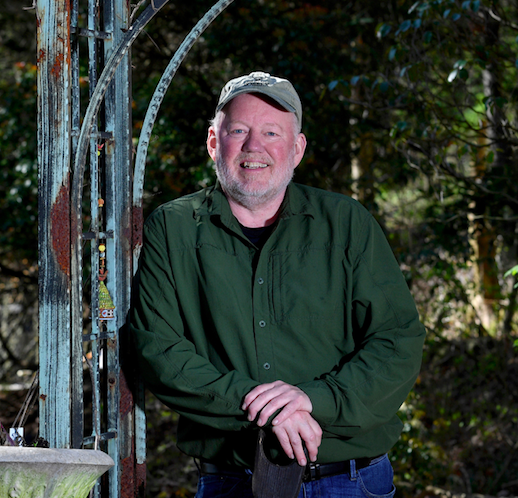 Gardening is fun! I'd love to teach you how to have your best garden ever.